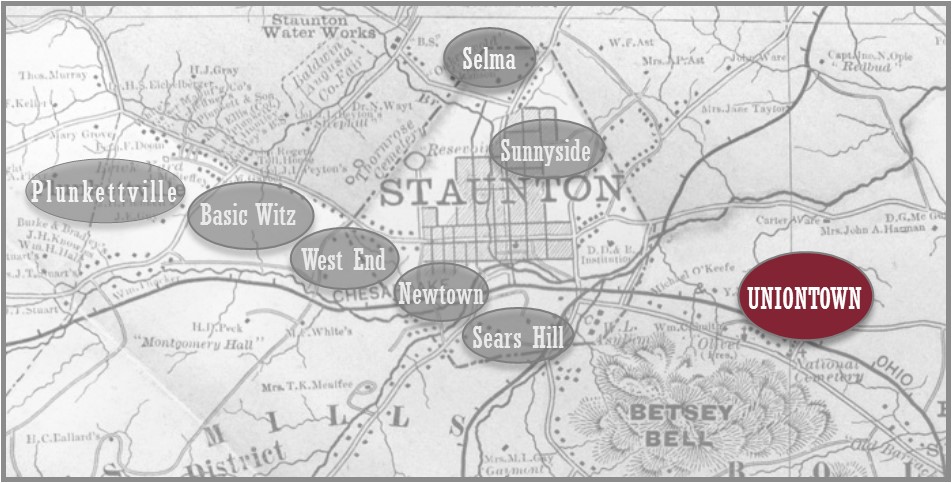 Uniontown – a small African American community located east of Staunton –  was settled predominately by African Americans immediately after the Civil War. The community included the former Federal Cemetery (known today as the National Cemetery) which was established during the federal occupation of Virginia at the conclusion of the Civil War. During the village’s most populous period in the late 19th century, more than 60 families resided in Uniontown. By the end of the 20th century, it included fewer than a dozen families and approximately 12 inhabitable buildings remain. Uniontown continued as a successful self-sufficient African-American community until the mid-20th century. (from the African American Historic Database, Virginia Foundation for the Humanities.)

Maps, Photographs, and Video of Uniontown